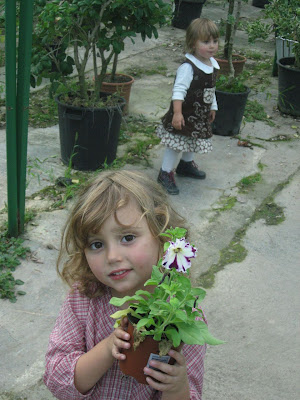 May your you weekend bring rest and light.

Shall we eat out? 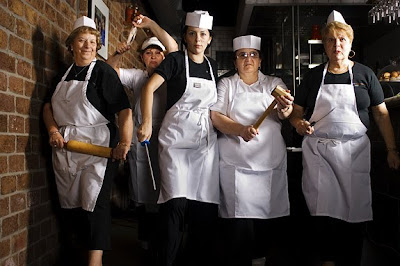 Perhaps to a place where there are some Southern Italians grandmas cooking?

Pork loin roasted with cactus pears over sliced fennel and onions in a sweet and savory sauce.


and authentic straight from their own kitchen cooks like these ladies.  I so wish I lived in NYC to frequent Enoteca Maria. Heard a great little interview with the nonnas on BBC Radio 4 woman's hour today,

Enjoyed hearing the descriptions of their specialities and what a great idea for a restaurant ! 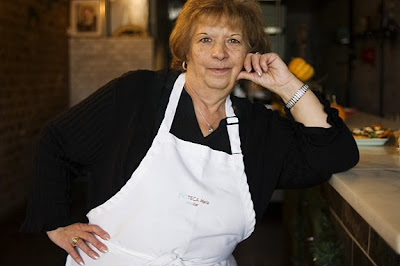 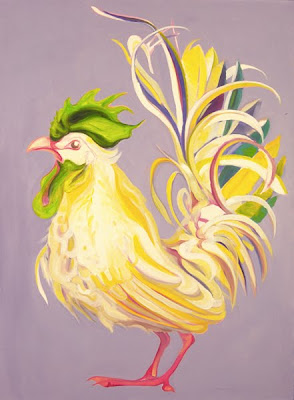 For my sister Lily who loves chickens (over at Ten Finger Workshop),  how I wish we lived a bit nearer.

I came across the lovely painting here, it is by the talented artist of Big Bang Studio. Who by the way has a upcoming show for those in the California area. 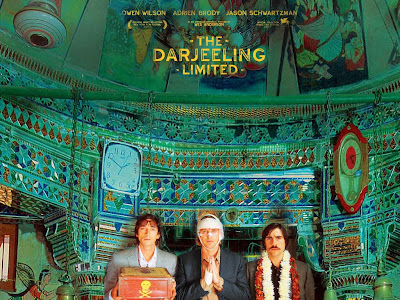 A little behind on the mark, forgive me, but at last I saw this film and I just have to do a wee review.

The verdict: It was not a bad film, a fine film actually, especially in regards to the visuals and the sound track.
I liked the rest of the film too , acting, story line and so on, the idea of three estranged brothers coming together under one bossy eldest brothers expectant sprirtual itinerary.  It's a particular kind of humour, for me it worked.  It is a little slow but while waiting you can  savour the colours and textures of the set and the scenery.
Parting thought upon reaching the end of the film : must find a way to get a room on this train.

* Would not mind seeing a part two of this film, perhaps that's just me, coming from a big family-  all kinds of family dynamics.