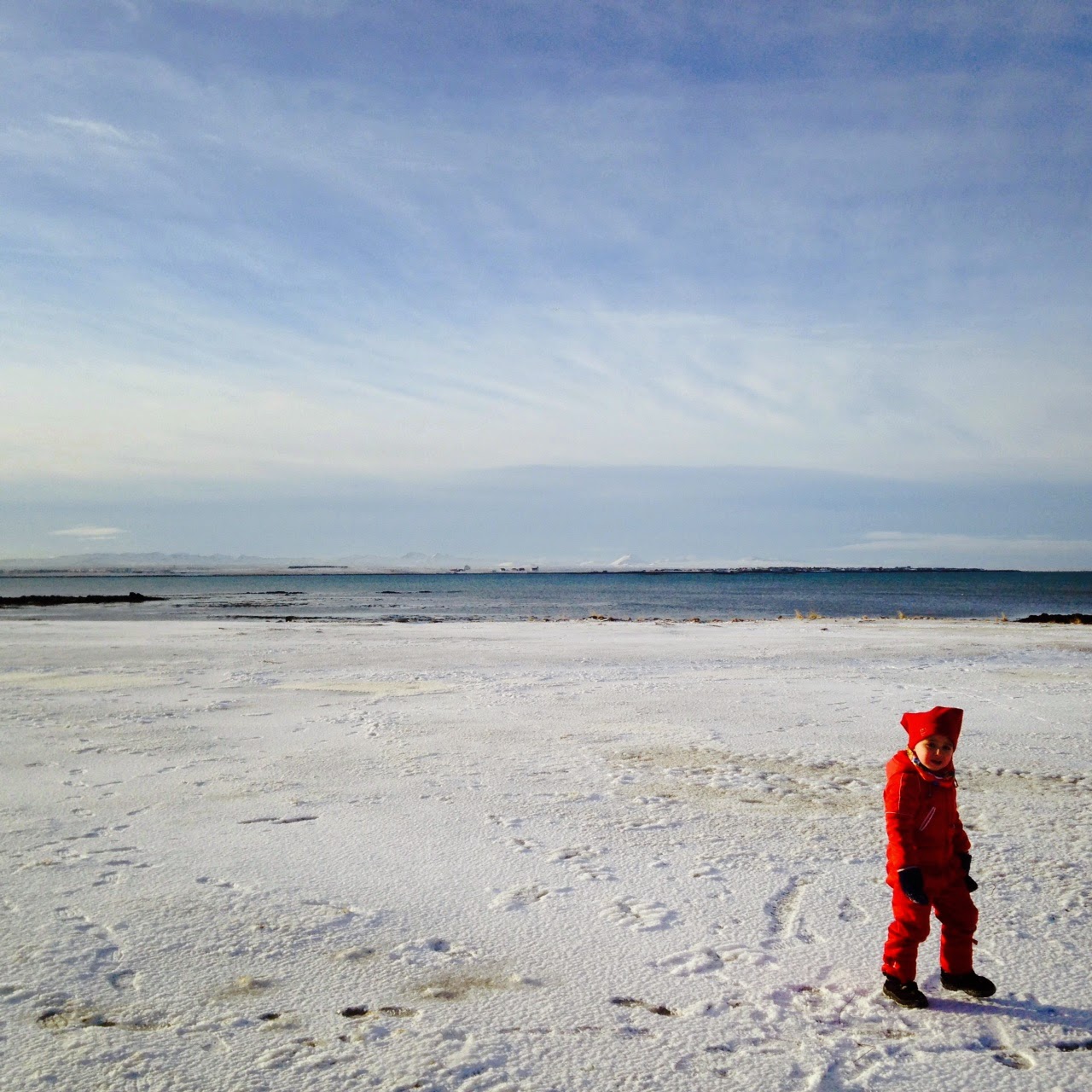 March
Here March is much like it was in my home state of Wisconsin, only here it is not quite so bitter cold. The winter snows are pressing on with no hint of spring yet. Wind storms with their arsenal of rain, sleet, ice and then wide thick flakes keep up their regular barrage. The newspapers here say that it has been the windiest winter in Iceland for over 20 years.

There is a one sliver of brightness though, which is the days are rapidly changing, we now have a sunrise that almost catches my three children on their walk to school and a sunset that joins us at our dinner table around seven pm. This lengthening of days seems small but is actually very uplifting, energising,  it feels like someone has started to pull both ends of the day and it is noticeable longer and capable of carrying far more inside it.

With this changing of light has come another change, our smallest child, has been offered a place at a near by nursery school. He turned three in January and has been so keen to play with other children his age, so we happily accepted. I can say with some authority that Icelandic parents do not stay home with their children beyond the first year.

The new school is entirely in Icelandic (like the older children's school) so our little Malteser is being dropped head first into another language and culture. Already he has talked about the lunches (they cook the children a hot lunch every day on the premise). Some days this is white, fish, potatoes and salad other days vegetable soup and home made bread or meat balls, jam and potatoes. It is required by most Leikeskols here in Reykjavik for the parent to stay with the child the first three days. So I was fortunate to get to have some first hand experiences (apologies I could go on for some time about my observations of the nursery schools here, which largely are very positive) but I will spare you that long winded post. I do feel the need share something that impressed me, I was sitting with eleven two and three year olds, I watched them sitting quietly calmly, putting on their own cloth napkins and eating with a knife and fork ....for nearly 45 minutes! No one complaining about any part of the meal! Not something our Beppe is used to, he is ready to get up and move after 20 minutes and is not so keen on things like peas or gravy, so there will be a learning curve on many fronts but he seems happy and I am surely relieved to have a little 'toddler' free time. Also impressed by the mandatory outside time, no matter the weather the children all go out to play for an hour. On one of the 'settling-in' days I was with Beppe it was six below zero, VERY windy and the yard covered in ice. The kids were dressed up in snowsuits, hats and mittens and all ushered out to play, which they did happily. Today it is windy and sleeting and I am sure they are out running around playing.

The only down side to our smallest starting 'leikeskol' is it  suddenly means we have to cut out all the local mum and toddler  friends we have made (largely these have been foreign women in the same boat as I found myself in). The minimum hours here are half days five days a week.  Beppe has a Brazilian friend, a half English half Icelandic friend, a Danish friend, a Dutch friend, a Costa Rican/American friend and a little German friend and I have been blessed to have made friends with these respective mums which now call Iceland home. This has been  through library sing along mornings, Tuesday coffee club sessions and playgroups, it has been wonderful.  Reykjavik is small and because there are so few of us at home with little ones you quickly start to recognise each other and cross paths first unintentionally and before you know it  you are meeting  3-4 times a week and it is something intentional and lovely- a pop up community of sorts as we all see each other so often. It has been an enriching and inspiring element of my time here and I hope I can maintain some of these ties but our daily rituals will change (thus I do have time to write again). It has been many weeks since I last managed to squeeze in enough time.
March a month of changes. 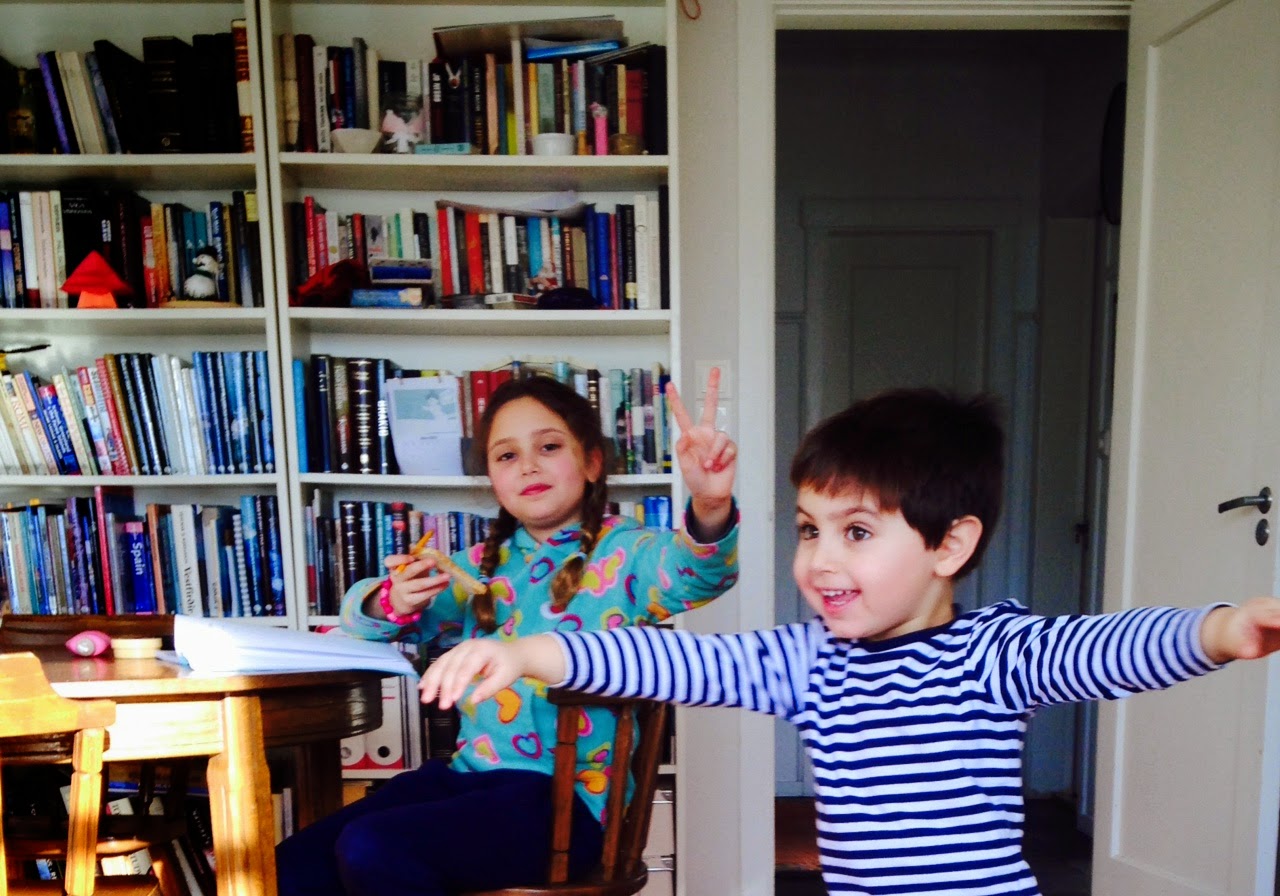